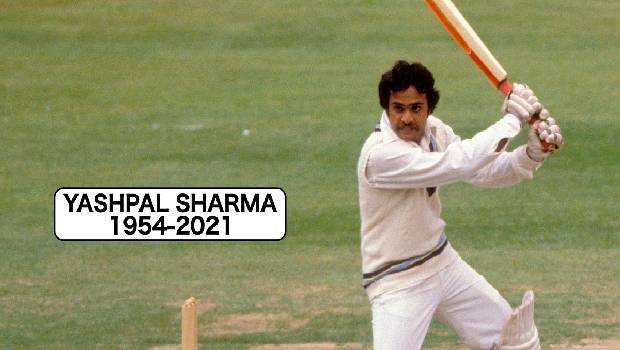 Former Indian cricketer Yashpal Sharma suffered a serious cardiac arrest and passed away on Tuesday. He was 66 years old. Yashpal Sharma was a member of the Indian team that won its Maiden World cup in 1983. According to reports, Yashpal collapsed at home after returning from his morning walk.

Yashpal Sharma is well known for his brave batting, unblemished fielding, and speedy running between the wickets. Yashpal was so popular for his courageous attitude and stroke-filled half-century against England in the semi-final of the 1983 world cup at Old Trafford, which will remain forever in everyone’s memory.
In the opening match of the 1983 campaign, Yashpal top-scored with 89 as India made West Indies taste their first defeat in a World cup match. In the semi-final, he scored 61 runs and was involved in a 92 run partnership with Mohinder Amarnath for the third wicket, which was a match-winning performance. Yashpal was the second leading run-scorer for India in the 1983 World cup with 240 runs in eight matches.

Yashpal Sharma was an explosive middle-order batsman, who represented India in 37 tests, scoring 1,606 runs and 42 ODIs, scoring 883 runs. In his Ranji career, he played for three teams Punjab, Haryana, and Railways. He played 160 Ranji matches, scoring 8,933 runs that have 21 centuries with the highest score of unbeaten 201.

Yashpal stood as an umpire in a couple of Women’s ODIs. Yashpal served as India’s national selector during 2003 – 2006. He was reappointed to the selection panel in 2008 and served until 2011. During his second tenure, India lifted the World cup after 28 years in 2011.