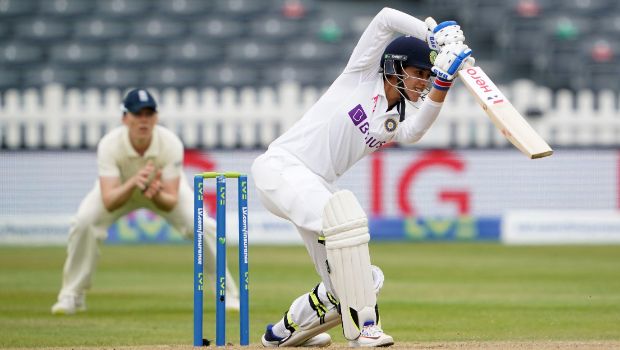 Indian women scripted a fine 27-run victory over South Africa to begin their World Cup preparations on a fine note. India produced a brilliant performance to begin the Women’s T20 International Tri-Series with an impressive win at the Buffalo Park Stadium in East London. Chasing 148, the Proteas women were never in the chase as they kept losing regular wickets right from the start. All-rounder Deepti Sharma starred with the ball, finishing with figures of 3/30.

Smriti Mandhana led the Indian side as regular captain Harmanpreet Kaur did not play due to illness. Batting first, India lost its stand-in skipper Mandhana early for just 7. Moments later, Ayabonga Khaka produced a brilliant effort to run out Harleen Deol. And in the same over, Nonkululeko Mlaba bowled out Jemimah Rodrigues for a golden duck. Opener Yastika Bhatia chipped in with a crucial 35.

After losing quick wickets, Sharma and debutant Amanjot Kaur rescued India by stitching a 76-run partnership for the sixth wicket. Senior batter Deepti played an anchoring inning before departing for 33. It was 23-year-old young Amanjot, who absolutely dominated the Proteas bowlers with clean strikes and remained unbeaten on 41. Both guided India to post a defendable total of 147/6 in 20 overs.

In reply, South Africa fumbled from the beginning and struggled to find a consistent rhythm with the bat. Marizanne Kapp and captain Sune Luus showed some resilience and chipped in with 22 and 29 to keep their side alive in the contest. Valiant efforts from Chloe Tryon (26), Nadine de Klerk (16), and Sinaloa Jafta (11) were not enough as India wrapped up proceedings with three quick wickets in the final two overs.