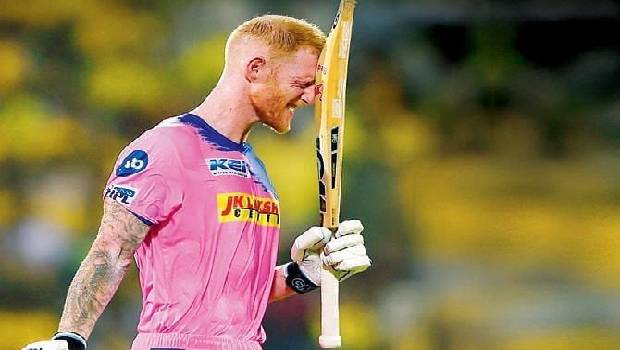 In a high scoring match, Rajasthan Royals won against Mumbai Indians by 8 wickets on Sunday. In this match for Rajasthan, Ben Stokes scored 107* runs and Sanju Samson scored 54* runs. A blistering innings from both the players gave RR their fifth victory in the tournament. Stokes with his splendid performance became the first foreign player to score a century in this season.

Mumbai gave Rajasthan a target of 196 runs to win and Steve Smith’s team chased this target easily in 18.2 overs for the loss of only 2 wickets. Earlier, Robin Uthappa returned to the pavilion after scoring 13 off 11 balls as he was caught by Kieron Pollard while Steve Smith was bowled out for 11 runs. Both the RR wickets were taken by James Pattinson. But Stokes and Samson then formed a century partnership in which the two shared an unbeaten 152-run partnership.

Earlier, Mumbai scored 195 runs for 5 wickets in 20 overs. Hardik Pandya scored the most runs for the team scoring 60 runs off 21 balls. Hardik completed his half-century off just 20 balls. He hit 2 fours and 7 sixes in his innings. After scoring his half-century, Hardik knelt down to show his support for the Black Lives Matter campaign. Apart from Hardik, Saurabh Tiwari scored 34 runs off 25 balls, Ishan Kishan scored 37 runs off 36 balls and Suryakumar Yadav scored 40 runs.