Indian spearhead Jasprit Bumrah and Wicket-taking bowler Harshal Patel who recovered from their respective injuries have been named in India’s star-studded T20 World Cup squad, which has been announced by the BCCI on Monday. Initially, it was expected that the team would be declared towards the end of this week, but the selection committee met in the afternoon of September 12 to finalize the 15-member squad that will represent the Indian team in the ICC mega event starting October 16 in Australia.

The 32-year-old senior pacer Mohammed Shami, Ravi Bishnoi, Shreyas Iyer, and Deepak Chahar have been named the four stand-by players. Bumrah and Harshal, both of whom had missed the Asia Cup tournament due to a back injury and a side strain respectively, are back in the team to add good strength to the pace attack.

The duo had been undergoing rehab at the National Cricket Academy in Bengaluru. The selectors, after a thorough evaluation, decided that both pacers are fit enough to feature for India in their bid to lift the T20 World Cup for a second time. Bhuvneshwar Kumar and Arshdeep Singh will be partnering with the two quicks in the pace department. Though India failed to make it into the Asia Cup final, both pacers did a brilliant job with the ball.

Also returning to the fold is Shami, a surprise call-up given he has not played a T20I match for India since last year’s World Cup. Shami’s exclusion from India’s Asia Cup squad was widely criticized by many cricketing experts alike, but it seems that the selection committee has not quite given up on him yet. 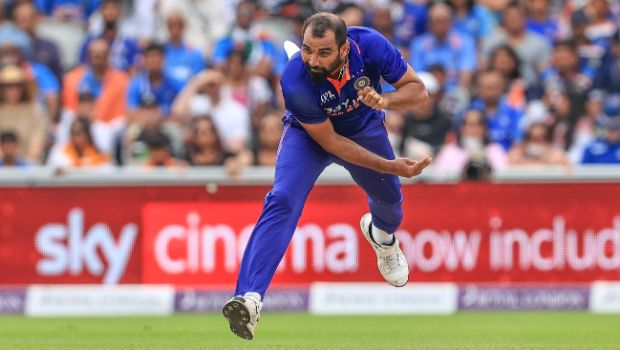 In batting, the top-order will be taken care of by skipper Rohit Sharma, KL Rahul, and Virat Kohli. Kohli returning to his prime form is a good sign for team India. Suryakumar Yadav and all-rounder Hardik Pandya will be playing in the middle -order.

Rishabh Pant and Dinesh Karthik are the two wicketkeepers selected which means the axe falls on Sanju Samson. Though Pant’s T20I record has not been the greatest of late, the selectors have given him a chance to prove himself. All-rounder Ravindra Jadeja, who recently underwent a knee injury, has missed the cut. Axar Patel would be filling that void. The selectors have persisted with Deepak Hooda despite his recent continuous failures. Leg-spinner Yuzvendra Chahal will be leading India’s spin attack along with veteran off-spinner Ravichandran Ashwin.