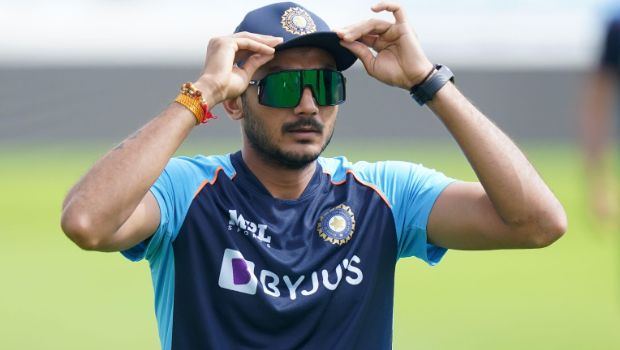 India suffered a 16-run defeat against Sri Lanka in the second T20I at Maharashtra Cricket Association Stadium. Chasing a mammoth 207, Axar Patel produced a splendid batting display and scored 65 off 31 balls but that was not enough to take India home. Sri Lanka captain Dasun Shanaka defended 21 runs in the final over and secured a win for his side to level the series 1-1.

Batting first, Sri Lanka got off to a flier as Pathum Nissanka and Kusal Mendis scored 80 runs in the first eight overs. Arshdeep Singh bowled a hattrick of no balls, giving momentum to the visitors. Mendis notched up a half-century before Yuzvendra Chahal trapped him LBW. Umran Malik and Axar scalped one each in quick succession to reduce Sri Lanka to 96/3.

But Charith Asalanka increased the scoring rate by playing a cameo of 37 runs. Shanaka was brilliant with the bat and smashed every Indian bowler over the boundary ropes. The Lankan skipper remained unbeaten on 56 and powered his side to 206/6 in 20 overs.

In reply, India had a very bad start as Kasun Rajitha dismissed both Ishan Kishan (2) and Shubman Gill (5) in the second over. Dilshan Madushanka then removed debutant Rahul Tripathi (5) to put the hosts under great pressure. A few moments later, India was reeling at 57/5 but Suryakumar Yadav (51) and Axar batted superbly to rebuild the Indian innings.

Both added 91 runs off 40 balls to shift the momentum in India’s favor. Shivam Mavi played a cameo of 26 but Sri Lanka held their nerve to clinch victory. The series decider will be played on January 7 in Rajkot.