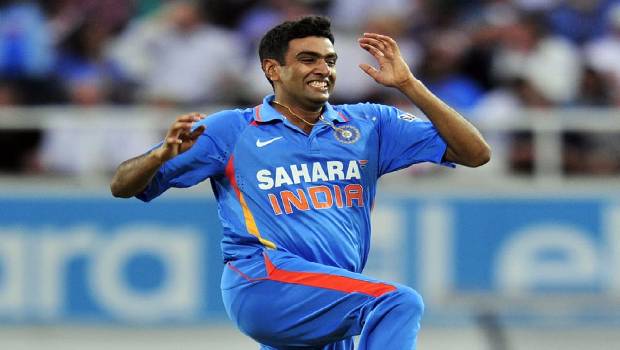 India’s all-rounder Ravichandran Ashwin bagged his 350th international wicket at home during day two’s play of the ongoing second Test match against England at the M. A. Chidambaram Stadium in Chennai. The 34-year-old who hails from Tamil Nadu scalped Ben Stokes’ wicket to reach the milestone. He is the third Indian bowler to achieve this feat after Anil Kumble (476) and Harbhajan Singh (376).

He has become the second-highest wicket-taker in home Tests with 268 wickets, surpassing Harbhajan (265). Anil Kumble still leads the table with 350 wickets.

On Sunday Ashwin delivered a flighted ball to England opener Dom Sibley who was deceived by the extra bounce while trying to sweep. He ended up making contact with the ball as it went straight into Indian skipper Virat Kohli’s hand at leg-slip. Ashwin’s next victim was Daniel Lawrence who got dismissed due to an inside edge that carried to Shubman Gill at short leg.

Ashwin later went on to wrap up England’s tail-end by dismissing Olly Stone and Stuart Broad to secure yet another fifer. This also happens to be Ashwin’s 29th five-wicket haul in Test as he equals Australian legend Glenn Mcgrath’s feat.

He is only two fifers away from beating England pacer James Anderson’s record, who happens to be a part of this traveling squad and has been rested for this game. Meanwhile, Ashwin is also only nine wickets shy of reaching 400-wickets in Test cricket.

James Anderson creates history by entering the 600 wickets club
Ravi Shastri decision to send Pandya at Number 4 : Kohli
India in England: Cheteshwar Pujara and I are not concerned about criticism, says Ajinkya Rahane