After a hiatus of 6 long years, India is set to tour Bangladesh in November 2022 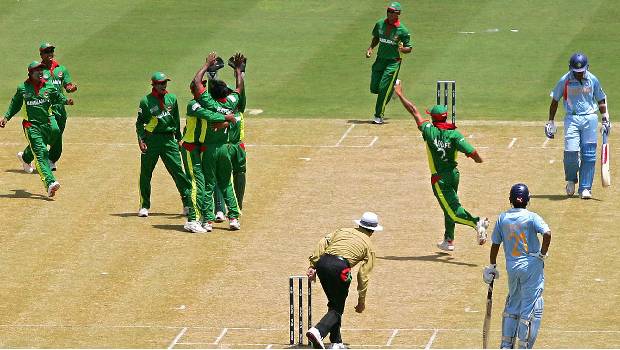 There was a time when Team India would travel to Bangladesh for a series once in a while. As a matter of fact, during the previous six-year cycle of ICC FTP which lasted between 2013 and 2018, India toured Bangladesh twice in 2014 and 2015, but later there haven’t been any tours between the two countries.

In the recent broadcasting rights deals that was sold by Bangladesh Cricket Board, it was revealed that in November 2022 India will be touring their neighboring country. As per reports 2 Tests and 3 ODIs are to be played during this tour. In 2015, when India went to Bangladesh, they played a one-off Test and three ODIs. Since then, Bangladesh has toured India twice.

In 2017, the Bangla Tigers came to India for a one-off Test. In 2019, the two teams once again played a series that consisted of two Tests and three T20Is. The two Tests, which were played in Indore and Kolkata, were part of the ICC World Test Championship 2019-21.

Last time when India toured Bangladesh, the men in blue lost the ODI series. Since then, India as won almost every ODI bilateral series it has played.

Those one-and-a-half years were filled with sleepless nights… thought how do I bounce back: Ravindra...
India vs County XI Day 1: KL Rahul’s 101, Jadeja’s 75 take Indians to 306/9 at stumps
Indian T20 League: Delhi will miss Rabada’s death-over prowess in the eliminator