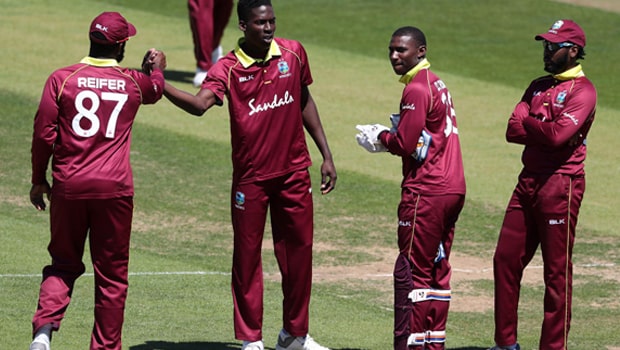 West Indies are the dark horses of this tournament. They haven’t won any World Cup since 1979 and probably won’t go on to win this one as well. However, they have the potential to challenge the top teams. Let’s have a look at how they would fare against a team like India.

Team overview: This team consists of a nice mix of youth and experience. While there are young and talented players like Shai Hope, Shimron Hetmyer and the skipper Jason Holder himself on one side, there are experienced campaigners like Chris Gayle and Andre Russell on the other side.

The batting department looks well rounded. Evin Lewis and Chris Gayle will form an explosive partnership at the top. However, Hope’s recent form as an opener may push his case for the opening slot alongside Gayle. Shimron Hetmyer and Darren Bravo will follow next. Their positions may get shuffled depending upon the situation of the game. Nicholas Pooran will be their wicket-keeper and he is yet another hard hitting batsman. Following them will be the three all-rounders, Andre Russell, Jason Holder and Carlos Brathwaite. This batting order looks quite destructive and you can just imagine the carnage that would be on display on the flat tracks in England this time.

The bowling attack isn’t that bad either. Skipper Holder will bowl his quota of 10 overs, Russell and Brathwaite will chip in as well. They also have three specialist seamers in Shannon Gabriel, Kemar Roach and Sheldon Cottrell, who provides some variety with his left arm pace. Their only concern, however, is the spin department which has only the likes of Fabian Allen and Ashley Nurse. Neither of them boast of a good record in ODIs and they will mostly struggle against good batsmen in the tournament.

Overall, this squad looks quite strong. A lot will depend on how they execute their plans in the tournament.

Major threats to India: India need to formulate plans of dealing with West Indies’ three big weapons in Chris Gayle, Andre Russell and Shimron Hetmyer. The trio has the ability to take the game away from any team. How soon India can get rid of them will dictate the fate of the game.

Predicted outcome: West Indies have the ability and potential to beat India. However, India have the most valuable thing with them and that is experience. All of their players are well established in their positions as compared to West Indies, most of whose players are fairly new to the international level. If that is considered, India should be able to edge past the Caribbean nation quite comfortably.