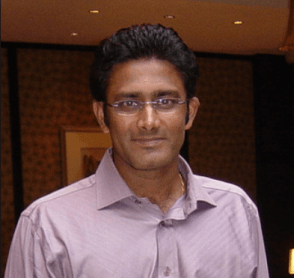 
It seems like Kumble stepping down saga isn’t over yet. As another chapter opens up with Diana Edulji, (one half of the Supreme Court-appointed Committee of Administrators) said in an interview that rules have been broken while appointing Ravi Shastri as Anil Kumble replacement. She added that Virat Kohli, the Indian captain used to constantly sent messages to Rahul Johri (BCCI CEO) about his disagreement with Kumble which ultimately lead to his resignation as the head coach.
Kumble was one year into his job and the team was performing excellently with India defining every cricket best odds winning all their bilateral series home and away. The only blemish was the champion’s trophy defeat against Pakistan. As his contract was about to end, BCCI advertised about the job before the start of the Champions trophy. They got 6 applicants for the job and bookies favored Kumble as cricket best odds for the job. The CoA and the cricket Advisory Committee (CAC) which includes Sachin Tendulkar, Sourav Ganguly, and VVS Laxman even overlooked the entire process during that time.
The CAC even meet with Kohli to patch up the difference but failed. Still, they informed BCCI that Kumble would still be their first choice. BCCI went with their decision and gave Kumble an extension. But suddenly Kumble took to Twitter to announce his resignation. Ravi Shastri was one of the 6 applicants for the job and was ahead in cricket betting tips and he secured the job till WC 2019.
Edulji made this comment after a disagreement with Vinod Rai over the woman’s team head coach. She said the players can’t vote themselves regarding a coach, she pointed to Kohli involvement in Kumble standing down. According to ESPNcricinfo, Edulji sent an email to Vinod Rai where she wrote “Virat did not accede to Kumble continuing in spite of CAC saying so then why not Woman team captain get what they feel is best for the team,” She also added that Virat would consequent sent sms’s to the CEO due to which BCCI decided to make a change in the Coach.
This has again ignited the legitimately of the functionally of BCCI and treatment of legends like Kumble who has done everything for team India and got embarrassed in return.