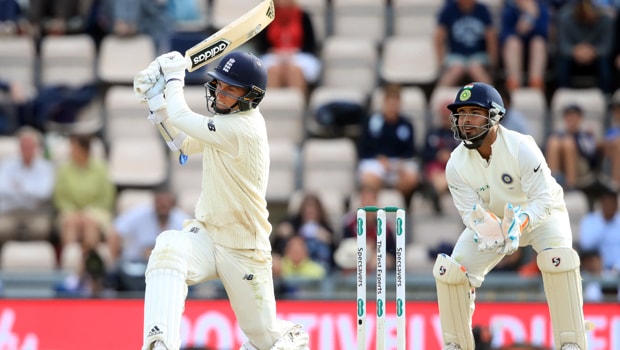 Sam Curran, who was dropped for the third match for the against India, said that he was not trying to prove a point to the selectors during the course of his half-century knock in the first innings of the third test against India but was just playing the way he does for Surrey.

From a low score of 86 for 6 at one stage, Curran helped England stabilize to a respectable 246 with his knock of 78, this was his second half-century in four Tests and followed a similar effort at the first match at Edgbaston, where he was named Player of the Match.

“I did,” he told the media after the day’s play. “You can’t really leave someone out who has got a hundred. Everyone is fighting for their places. I was disappointed but luckily I’m back in the team now. I wasn’t proving a point at all. I was just playing the way I do, naturally and freely. I was unlucky obviously last week to miss out. There are some great names in the team and I’m learning so much.”

“It was pretty tough,” he said. “It swung massively throughout the day and was swinging around consistently.

“I just tried to play my natural game. I love being in the side and I almost played with no fear, tried to be nice and positive and get some partnerships, not try to overthink it. Luckily enough it came off and we have a decent score on the board.

“I love batting and bowling. I’d like to be up the order a bit more at Surrey. I just look at the way Ben Stokes contributes and that’s what I want to do. That’s what all-rounders love doing: big performances when the team need you.”