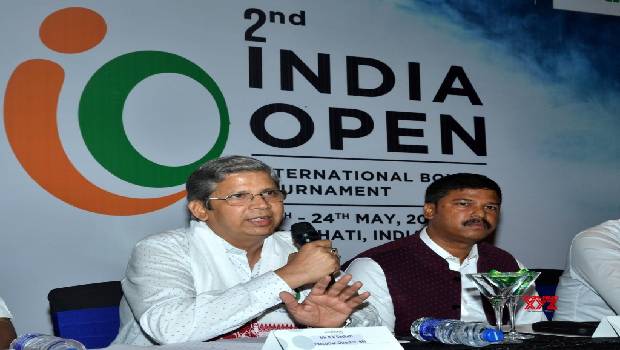 The Executive Director of Boxing Federation of India R K Sacheti said that the rights had obtained to host the Asian Boxing Championship for men and women in India in the year 2020. After the meeting with the Asian Boxing Confederation, the rights had given to the Indian boxing authorities in the month of February 2020, but the date and place of the competition will confirm when the crisis subsides, said the BFI’s Executive Director.

Sacheti expects, the health crisis will settle by June 2020, so added another couple of months, the boxing matches will have the chance to progress, as per schedule said the BFI member. India had hosted international boxing ceremonies like men’s Asian Boxing Meet at Mumbai in the year 1980, and for women in the year 2003 at Hisar, Haryana. Since a year ago, the ABC had announced to commence the meet together for both men and women with the matches scheduled, and for this year, India had earned the rights, in hopes to conduct between the November to December dates of the 2020 year.

The date and place of the meet will confirm, once the country improves from the pandemic crisis. Asian Boxing Championship is once in a 20 years programme, but a few years ago, the championship battle for the international boxers began to occur every year. Sacheti said, that the discussion to host the championship began in January 2020, and had decided the country will be India, soon the location will also be decided once the COVID-19 health crisis has sorted.

India, along with other countries, has stunned by viral flu as the country had recorded more than nine thousand cases and 308 deaths. India is taking precautionary measures ordered by the governance, Sacheti, also said that the time difference to conduct the matches in the month-end, had allowed us to plan for the Olympic qualification, which may continue from the same months for the Olympics.

The coronavirus had postponed the Olympics to 2021 and had cancelled games like Formula 1, Tennis, and a few other international sports. The executive, when questioned about the boxers, Sacheti replied, that the coaches and the boxers communicate regularly, and the training sessions are occurring through video tutorials. 9 Indian boxers are representing the Olympics, and cooperation of all are appreciative, said BFI Sacheti.