A near-capacity crowd of 47,000 is expected by NZR for this weekend’s game at Auckland

New Zealand Rugby expects nearly 47,000 fans to storm into the Eden Park this Sunday for the second Bledisloe Cup international against Australia. 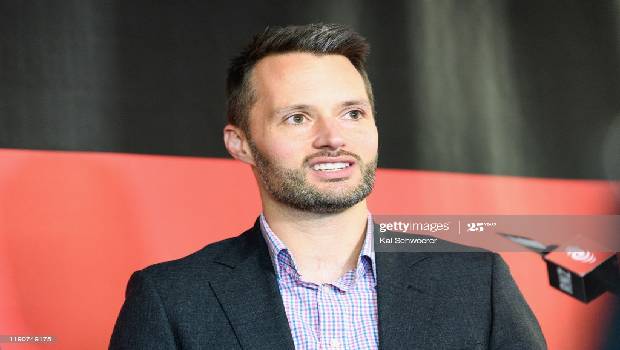 In social media pictures of nearly 31,000 fans gathered last weekend at Wellington to cheer for their favourite team without wearing masks attracted plenty of attention.

As fans all over the world are been constrained to watch games from home as matches are being played in empty stadiums the match All Blacks match on Sunday will only make the fans around the world feel jealous. The bumper crowds are possible because of New Zealand’s relative success in combating COVID-19, having appeared to have stamped out community transmission of the novel coronavirus earlier this year following a tough nationwide lockdown.

Auckland faced a second wave of sorts outbreak back in August but was brought to control by implementing new lockdown regulations. On Tuesday NZR said that for the Sunday’s game already 40,000 tickets have been sold out to fans.

The Rugby Championship will be hosted in Australia from October 31 at Sydney’s Olympic Stadium. This championship will have the trans-Tasman Sea rivals and other teams such as South Africa and Argentina.

The New South Wales government loosened the lockdown restrictions from October 1 on larger stadiums allowing them to get filled to 50 percent capacity. In New South Wales cases related to community transmission has been reduced significantly each day.

This in return means that the three tests played at the Olympic Stadium can be hosted with a capacity of 40,000 people. Meanwhile, the four matches which would be hosted at the Western Sydney Stadium can have 15,000 fans.

NZR’s Chris Lendrum in his recent statement said it was so great to see a huge number of fans gathered at Wellington for the first test in more than a year. The interest was also catapulted to a new level with such an enthralling contest. He also stated that the NZR is looking to bring test rugby to New Zealand’s largest city as already more than 40,000 tickets have been sold for the weekend.

Sunday’s enthralling match of 16-16 draw was the first rugby union test after a seven-month hiatus caused by the global pandemic but fans now have plenty more to look forward to some thrilling matches over the next couple of months.