Usain Bolt: Cristiano Ronaldo is faster than me now 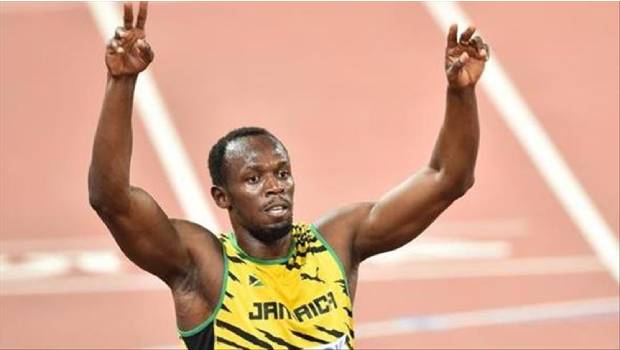 Professional sprinter Rodriguez back in 2011 was able to get a glimpse of the speed of Cristiano Ronaldo when he raced against the Portuguese forward. The dual was over a 25m distance in which both raced with Ronaldo clocking at 3.61 seconds and the sprinter running in at 3.31 seconds. With his experience of sprinting with Ronaldo from that event, Rodriguez was able to estimate Ronaldo’s 100m time which could surprise many individuals from the world of sprinting.

Rodriguez during an interview with ‘At Home with Athletes’ explained that Ronaldo is good and is very good at lateral movements which shows he trains really a lot to maintain that level of speed. He added by saying on that day he took three tenths from Ronaldo which is comparatively a lot and if it was a 100m race the Portuguese footballer would have timed at 11.6 seconds.

Ronaldo who is now 35 years old is still blazing fast in the field for both his club and country’s team.

Now the fastest man to ever grace the earth also believes that Ronaldo is faster than him at present.

The former Jamaican sprinter Usain Bolt during a recent interview with a Spanish outlet known as Marca agreed that if they have to race today Ronaldo would cross the finish line first. Bolt in 2009 at the IAAF Championships took the world by surprise when he ran the 100m in 9.58 seconds and set a world record.

Bolt mentioned the key reason that Ronaldo will have an edge over him is that because the footballer trains every single day and performs professionally while the athlete hung his shoes in 2017.

Last year in his interview with New York Times Bolt said he still trains only to stay in good shape with regular gym sessions. When asked upon whether he misses the training he answered that he doesn’t miss it one bit.

So, at present, if both of these athletes were to race against one another, Bolt is confident he would lose.

Bolt admitted that of course, Cristiano is faster than him since he works out every day and Bolt considers him as a super athlete. Bolt concluded by saying Ronaldo is always on top of his game as he works hard keeps his focus which makes him one of the greatest footballers in the world.