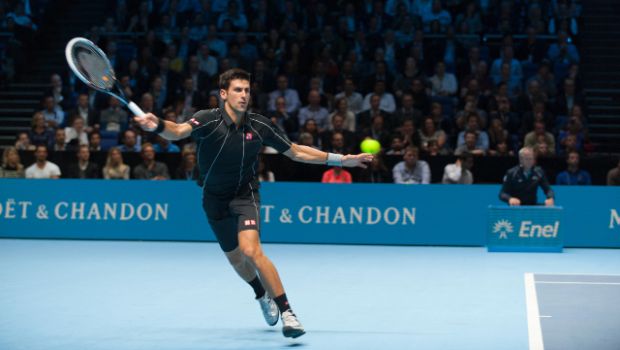 Novak Djokovic came back from a set down against a Serbian compatriot for the second successive day to reach the Serbia Open semi-final. Novak Djokovic was forced to come back from a set and a break down for a second successive time in Belgrade. The World no.1 player narrowly escaped defeat against his countryman Miomir Kecmanovic. Djokovic made a strong comeback and battled well to win through 4-6, 6-3, 6-3 in two hours and 18 minutes.

Miomir Kecmanovic, ranked at 38 in the world, looked in fine rhythm at the start and made it hard for his opponent. However, Djokovic found his momentum as the game progressed and used all his skills to secure the win. Djokovic extended his win streak against Serbians to 10 matches, improving his record to 27-4 against his countrymen and 36-6 in his home nation.

Top-seed Djokovic, chasing a third title at the Serbia Open will clash with third seed Karen Khachanov for a berth in the final. The Russian Khachanov defeated Brazilian qualifier Thiago Monteiro in straight sets 7-5, 6-4 to book a spot in the semi-final. All fans expect Djokovic to give a tough fight as he is in the hunt for a fourth ATP Tour title, overall in his home city.

Earlier, the Serbian top-seed also needed three sets to beat Lazlo Djere in his opening round on Wednesday. Djokovic is gearing up for the defense of his French Open title in Paris next month. Serbia Open is only Djokovic’s third tournament of this season.

Kecmanovic sealed the opening set without facing a breakpoint. After sitting down for the first changeover down a break, Djokovic began to uplift his precision and consistency from the baseline to level the match.

The 22-year-old Kecmanovic took the lead once again in the second set, breaking to go 2-1 up but Djokovic managed to break back immediately. Now firmly back in the match, the top seed managed to secure a crucial break to go up 5-3 and gave himself the chance to serve for the second. At last, he leveled things at 6-3 and forced a decider.

In the final game, Djokovic sealed his fourth break of serve with consecutive backhand winners. He then went on to win the final four games of the deciding set and dropped just two points in the process. Djokovic played strong as he did not face a breakpoint and closed out the match.