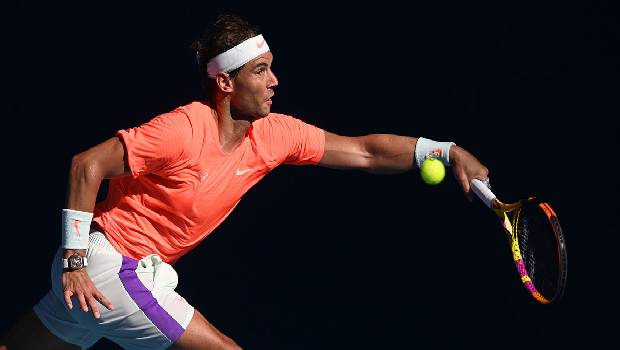 The first Grand Slam of the year, the Australian Open tennis tournament, is taking place in Melbourne. World No. 2 Rafael Nadal of Spain, who won 20 Grand Slam titles in the first round of the men’s singles on Sunday, defeated Serbia’s Laszlo Jere 6-3, 6-4, 6-1 in the second round to advance to the second round.

“I’m happy to be through to the second round. I think I did a good job today,” Nadal said in his on-court interview. “Straight sets, that’s what I needed.” “It’s been a tough 15 days for me because I had some issues with the back. I needed to survive today, and that’s what I did. I just tried to be focused all the time, tried to get through.”

In another match, No. 4 seed Daniel Medvedev of Russia chased down No. 63 seed Vasek Bospisil of Canada 6-2, 6-2, 6-4 to record his 15th consecutive victory.
India’s Sumit Nagal, ranked 144th in the world in singles, lost 2-6, 5-7, 3-6 to 73rd seed Ricardos Bornkis of Lithuania. Nagal’s challenge was over powered by Berankis’ powerful groundstrokes proved to be too good for the Indian, who lost 2-6, 5-7, 3-6. Nagal reeled off four straight games in the second set in his bid to stage a comeback but the initial dominance by Berankis made the Indian’s efforts go in vain.

During first round of the women’s singles, defending champion and No. 4 seed Sofia Kenin (USA) defeated Madison England of Australia 7-5, 6-4 in the second round to advance to the second round. Similarly, ‘Number One Storm’ Ashley Party (Australia) defeated No. 82 Tonga Kovinic (Montenegro) 6-0, 6-0 in Nerset. It only took him 44 minutes to get this win. Meanwhile, two-time champion Victoria Azarenka (Belarus) suffered a shock 5-7, 4-6 defeat to Jessica Bekula of the
United States. Azarenka was treated on the ground for respiratory problems during the match. Similarly, England’s Johanna Konda withdrew in half due to injury.