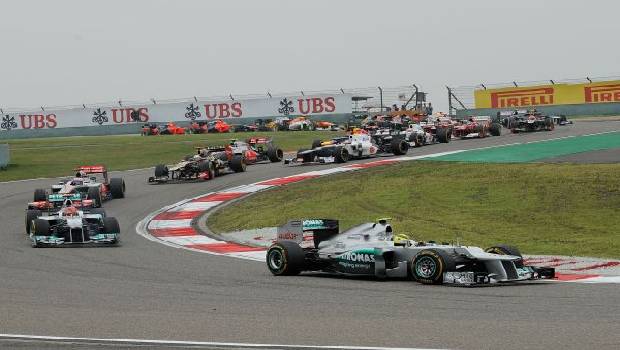 The Formula 1 2021 calendar suffered another blow this week, as the Chinese GP is most probably set to be postponed. It is said the race’s promoter is seeking a date later in the year.

Yibin Yang, the general manager of race promoter Juss Event, told local media including that they have been in contact every week with Formula 1 through video conference call. He is certain that with the calendar in place there is a great chance of the season beginning in the first half of the year. He added that they aim to swap the Chinese GP to the second of the year and stated that the local body has submitted a formal request of doing so.

Yang also stated that Juss Event would have a tough time fitting all of them in the second half of the year since it is associated with other sports such as tennis and snooker.

As per recent reports, it is suggested that Portimao will replace the Chinese GP on the F1 calendar for 2021 and will host the Portuguese GP on April 11. Formula 1 on the other hand is determined to move ahead with the original 23-race calendar.

A Formula 1 spokesman recently said upon contacted that F1 has planned a 23-race calendar for the 2021 season and they fully expect to deliver as planned. He mentioned that F1 had proved in 2020 that they could return to racing safely.

and have charted plans and procedures in place to do so again and aim to kickstart the season in March.

Amidst the pandemic, there could be more developments regarding this as Formula 1 takes its initial steps towards a ‘normal’ calendar.