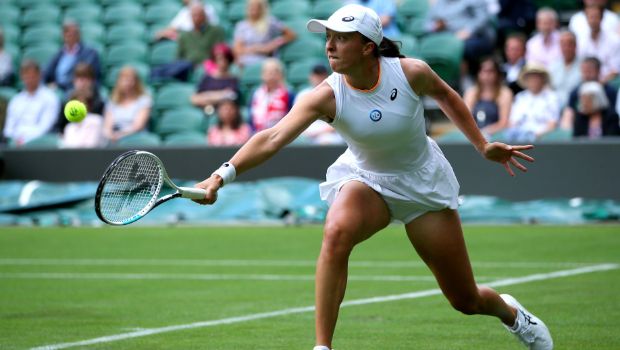 Iga Swiatek has been awarded the honor of WTA player of the year for the first time after rising to No. 1 in the rankings in April. Swiatek continued her run as the world no.1 player for the rest of the season by clinching two Grand Slam titles. The Polish star player was unbelievably consistent and conquered the top spot of the rankings after Australia’s Ash Barty announced her retirement surprisingly. The 21-year-old young player seemed to be the dominant force as she won eight titles all across a season.

Swiatek, who was the WTA newcomer in 2020, led the tour with 67 wins, which included a run of six trophies in a row. The undisputed rankings queen also went on a 37-match winning streak that lasted from February to July and was the longest undefeated stretch in women’s tennis in a quarter.

Swiatek won her second major title at the French Open in June. She then clinched the U.S. Open title in September, making her the first woman to win two Slam trophies in one season since Angelique Kerber in 2016.

WTA Awards are voted by selected international tennis media members with the panel also determining the winners of the doubles team of the year, most improved player, best newcomer, and comeback player.

History-making doubles pairing Barbora Krejcikova and Katerina Siniakova claimed the award for the best duo for the second season in a row. Though the pair missed out on a full calendar slam, they claimed the titles at the Australian Open, Wimbledon, and U.S. Open.

Beatriz Haddad Maia was voted as the most improved player of the year. The 26-year-old became the first Brazilian to win a WTA Player Award since they were introduced in 1977. She took home the Nottingham and Birmigham titles before reaching the last four at Eastbourne.

Zheng Qinwen of China was named newcomer of the year. The 20-year-old rising star secured a string of positive results that saw her break into the top 25. Germany’s Tatjana Maria came back to the game after giving birth and her great form, including a deep run at Wimbledon means she is set to be named comeback player of 2022.

David Witt was awarded the WTA Coach of the year. He works with Jessica Pegula, a 28-year-old American who was a quarterfinalist at three Grand Slam tournaments. Ons Jabeur received the Karen Krantzcke Sportsmanship Award for consistently showing respect for her opponents and officials.

Hockey World Cup 2023: Top four teams to battle it out in semis for a spot in the summit clash
Yamaha have decided not to replace Rossi in next weekend’s Teruel Grand Prix
Indian badminton star Lakshya Sen eyes gold medal at the 2022 World Championships