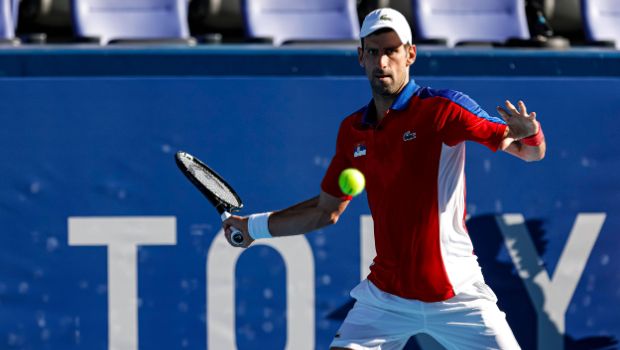 Serbian star Novak Djokovic defeated Casper Ruud for a record-equaling sixth ATP Finals crown. Former world no.1 Djokovic summoned his inner strength to get the better of Ruud to clinch the season-ending title. Djokovic outplayed his Norwegian opponent in straight sets 7-5, 6-4 victory in one hour and 32 minutes at the Pala Alpitour in Turin. The 21-time Grand Slam winner last won an ATP Finals title in 2015 and has now matched Roger Federer’s mark by winning the 2022 title.

Earlier, Djokovic’s triumph at the season-ending championships was in 2008, 2012, 2013, and 2014. Djokovic was forced to miss two majors this year because of his unwillingness to take a Covid-19 vaccination.

Djokovic will take home the biggest cheque in tennis history as he will receive $4,740,300 (£3.985m), for going through the tournament unbeaten. Besides equaling Federer’s record for most ATP Finals titles, the Serbian also became the oldest player to win the season-ending tournament at the age of 35, overtaking Federer’s record (30).

Djokovic struggled physically during his round-robin match against Daniil Medvedev of Russia as his right hand was shaking uncontrollably. However, he fought well and won the match to keep his unbeaten run at the ATP Finals alive. The opening set between Djokovic and Ruud was a tight affair as both men played a game of brilliant tennis. After 11 consecutive holds to start the match, things looked headed for a tie-break as the Norwegian built a 30-15 lead serving at 5-6.

But Djokovic, who always looked one step ahead, won four points in a row to get the first break of the match and secured the first set. The Serbian changed his gears to grab another break for 3-1 in the second set. He then never really looked back, clinching his historic victory with a big ace, his ninth of the day.

With the win, Djokovic recorded his 91st tour-level title, which leaves him just one behind Rafael Nadal in fourth place and 18 behind all-time leader Jimmy Connors’ 109.

In a court-side interview, Djokovic admitted that seven years, it’s been a long time wait and this victory makes it even sweeter. The Serbian said he was looking to be aggressive and it worked well. Djokovic added what he holds in his mind is a huge hunger still to win trophies. The Serb concluded that he always sees himself as the best player in the world.