No Avinash Sable for Mumbai Marathon 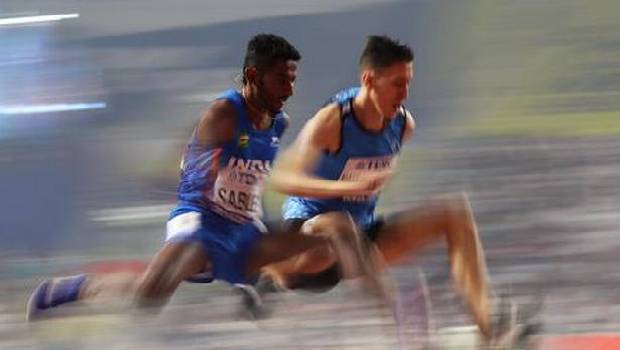 Avinash Sable the Maharashtrian half-marathon runner opened his record books by defeating Gopal Saini the national marathon record holder, with 0.01.08 seconds difference in 2018 National Open Championship Bhubaneshwar. In pursuing his athletic progress, he won in the AAC and WAC in 2019. The Athletics Federation of India’s medal boosted him for breaking his record twice, which was just the beginning of Sable’s dream to qualify for the 2020 Tokyo Olympics.

Amrish Kumar, the young athlete’s coach had trained Sable and made him practice by running in the heat for two days a week, this had him in a good shape against his first obstacle of Doha heat Kumar said. The steeplechase runner proved more than once by earning accolades having had injuries in between the games. Avinash Sable took part in the IAAF, Doha and won the Olympic qualification round. The time limit was eight hours and twenty seconds, but Sable finished with 63 seconds less to the allotment. This also includes breaking his previous records in half-marathon steeplechase runs. When asked about this, Sable said that it was every athlete’s dream to win a medal for his or her country, but if not, Sable wanted to be listed in the top five or six names under his category.

The Olympic nominated Indian steeple marathon athlete vanished from the Tata Mumbai marathon, which was hosted on 19th January 2020. Avinash Sable to rack his achievements was expected to run along with other 21 kilometres marathon elites like Shankar Man Thapa, Srinu Bugatha, and Rashpal Singh. But Sable to train for the Olympic game had flown to Morocco, and so he had dropped from the TMM run on Sunday.

To be listed under the Olympics half-marathon steeple runner, he had to focus on reducing eight minutes and 10 seconds to perform better. Target Olympic Podium Scheme (TOPS) named Avinash Sable, since the athlete has shown interest in training abroad through the board so, Amrish Kumar the athlete’s coach might have to part ways with Sable’s USA training. As the athlete had let down from the training due to his language skills, the Athletic Federation of India had given him a green signal to train abroad. The coach mentioned Sable’s Olympic training plans to be executed, but the AFI news had altered it. His coach wished him the best to train and focus on training.