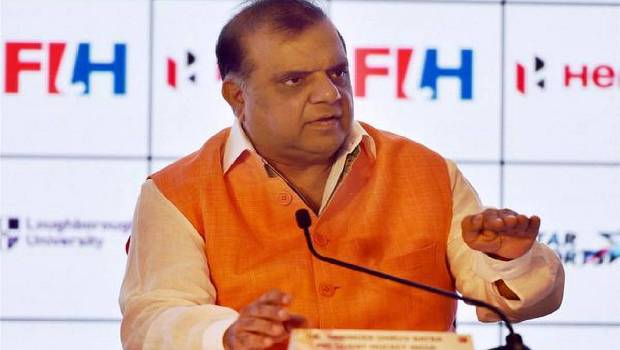 Hockey players and coaches will request the sports ministry to allow training in small groups for the men’s and women’s national team probable who is in isolation at the Sports Authority of India’s Southern Regional Centre at Bangalore since March.

As the players are already in isolation and have limited contact with anybody from outside except select SAI staff, they have effectively been in quarantine since March 24, when the nation-wide lockdown started. Thus it is felt that they can start individual training in small groups, with social distancing norms, so that they can be ready to go full tilt when all the restrictions are lifted.
The players and coaching staff will be putting their views in the online interaction with Sports Minister Kiren Rijiju on Thursday. The Sports Minister is interacting with players from various sports to get their views before the Ministry decides to allow those who have already qualified for next year’s Tokyo Olympics to start training.

The hockey fraternity’s plans in this regard were discussed at Hockey India’s Special Congress meeting on Wednesday, which was conducted online in the presence of the Indian Olympic Association president Dr. Narinder Batra.

The players have been doing individual fitness exercises inside their quarters in SAI, Bangalore but both Hockey India and the coaching staff feels they should now get to conduct skills-based training at the individual level or in small groups of 5-6 players so as to maintain muscle memory.

While Hockey India president Mohd Mushtaque Ahmad refused to say anything about the points the players and coaching staff will make before the Sports Minister during Thursday’s online interaction.

The Special Congress, which amended the HI constitution to allow virtual meetings, gave its nod to the restructured national championships, which will be held separately for affiliated state associations, institutions and associate members and academies at sub-junior, junior and senior levels in both men’s and women’s sections with players allowed to participate in only one of the nationals.

The meeting also finalized the tentative calendar for both the men’s and women’s teams in the run-up to the Tokyo Olympics in July-August next year. The men’s teams will participate in 10 Pro League matches besides the Asian Champions Trophy while the program for the women’s team 12-14 matches via tours to countries like the Netherlands, Germany, Australia, and New Zealand as and when they lift the travel restrictions.