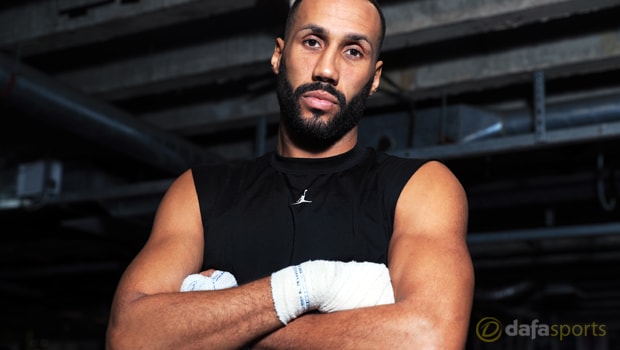 James DeGale insists Badou Jack only agreed to their upcoming unification fight after watching the Briton produce a ‘rubbish’ display against Rogelio Medina in April.

The two fighters are set to go head-to-head at the Barclays Center in New York next weekend with DeGale putting his IBF super-middleweight title on the line, while Jack will do likewise with his WBC belt.

DeGale has long been championing a unification bout between the pair, but he claims Jack only agreed to the fight after watching him struggle to victory against mandatory challenger Molina in his last bout, as he was taken the distance by the Mexican.

“If I’m being honest the only reason why this fight hasn’t happened quicker is because Badou Jack didn’t want it,” DeGale said.

“After the Bute fight he probably didn’t want it. And then after the Medina fight he did, because I boxed rubbish, because Medina went full rounds on me.”

Jack retained his title on the same card, despite only drawing with Lucian Bute in Washington, and he has hit back at DeGale’s claims by insisting that he has been desperate to fight his rival for a number of months.

The Swedish born fighter revealed: “I’ve been ready since right after the fight, I told you guys, we could fight in June.

I told you I’ve been waiting for Floyd (Mayweather) and Leonard (Ellerbe) to let me know when the date is. I’ve been on Leonard every day for the whole summer.”

The unification bout is set to take place in the early hours of January 15 and DeGale is priced at 1.36 to win the fight, while Jack is available at 3.20 and the draw is on offer at 26.00.