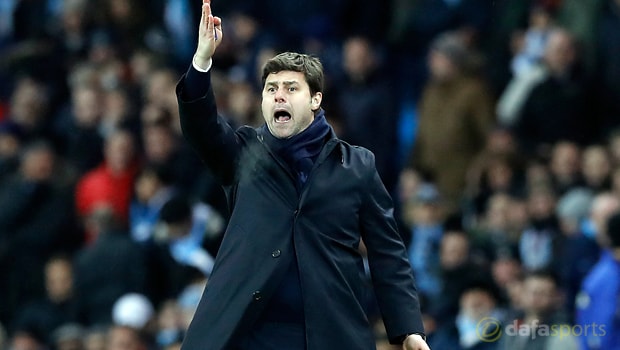 Mauricio Pochettino wants to win trophies with Tottenham but warned it will take time. Spurs are currently second in the Premier League table but they are nine points adrift of leaders Chelsea.

The Argentine manager celebrated his 100th game in charge on Saturday as Spurs overcame Middlesbrough 1-0 courtesy of a Harry Kane penalty.

When asked what he wanted to achieve in his next 100 games, Pochettino confirmed landing trophies is his top target. “I’d like to have won a few trophies. That would be perfect, but we can’t get ahead of ourselves,” he said.

“We need to be patient. We need time to try to create a strong team, a strong club, a strong mentality, a winning mentality.

“We need to finish the new stadium. At that point we will be ready to fight like now, but with more tools, and to be one of the best teams in the world.”

Spurs‘ wait for a first league crown since 1961 seems set to continue beyond the season, barring a dramatic loss of form from Chelsea, but they are still involved in the FA Cup and the Europa League.

Pochettino refused to rule out a Premier League challenge this season and says Spurs need to focus on everything as they chase silverware.

He added: “We need to be focused on every competition, to try to go as far as possible.

“We need to try to win the Premier League, the FA Cup and the Europa League – that has to be our focus.”