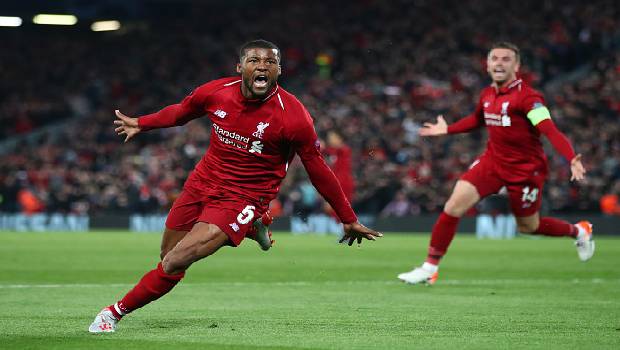 Currently a free agent, the Netherlands midfielder has not decided where he will move next. As a free agent, Georginio Wijnaldum admitted he spoke to Barcelona about a move to Camp Nou, but the departing Liverpool midfielder claims he is interested in “many clubs”.

Having reached the end of his contract at Liverpool this summer, the Netherlands international is set for a new challenge.

It was thought that Ronald Koeman would follow his fellow countryman to Catalunya, but the two haven’t agreed yet and the door is open to others.

In the wake of joining the Dutch squad for European Championship duty, Wijnaldum said this of the future call he faces: “I cannot deny talks [with Barcelona]. My contract is up, so it’s a challenging situation for a lot of clubs.”

In the hunt for Wijnaldum, Barcelona are considered to be in the lead, as Wijnaldum’s representatives have recently been spotted in Spain. But the Catalans are being prevented from signing Liverpool midfielder Gini Wijnaldum.

It seems inevitable that the 30-year-old will join Barcelona in the near future, but both he and the Catalan club are being forced to wait to seal the deal.

The Netherland’s head coach Frank de Boer is not letting Barcelona staff conduct a medical in his team’s Euro 2020 training camp, according to Voetbal International.

It will take them until after the tournament [to undergo their medical examinations],” said De Boer.

On Sunday, Wijnaldum arrived at the Netherlands national team’s base and wrote on Instagram: “After a week of rest, I am here with the team. Ready for a new challenge.”

As part of their preparations for the Euros, the Netherlands take on Scotland on Wednesday and Georgia next Sunday. They will be joined in their group by Ukraine, Austria, and North Macedonia.