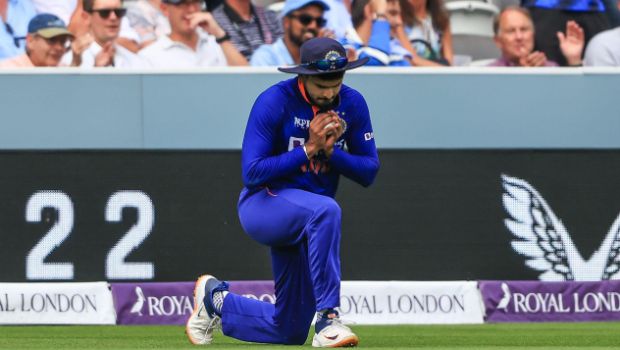 India defeated South Africa by 7 wickets in the second ODI at JSCA International Stadium, Ranchi. Shreyas Iyer’s blistering knock of unbeaten 113 of 111-balls and Ishan Kishan’s flamboyant 93 helped India to chase down a target of 279 runs with 25 balls to spare. Iyer ended the match by scoring the winning runs with a four to level the three-match series 1-1. Earlier, Mohammed Siraj was the pick of the Indian bowlers with figures of 3/38 in 10 overs.

Batting first, the Proteas had a shaky start as Siraj cleaned up Quinton de Kock early for 5. Debutant Shahbaz Ahmed then dismissed Janneman Malan for 25 to add some pressure. But Reeza Hendricks (74) and Aiden Markram (79) steadied their ship and added 129 runs for the third wicket. Both hit half-centuries and scored the runs with ease.

Heinrich Klaasen chipped in with a crucial 30-run knock while David Miller remained unbeaten on 35. Indian bowlers did a brilliant job to limit the visitors to a score of 278/7 as they looked like they would be able to score 300 plus runs at one point.

In reply, India had a slow start as Shikhar Dhawan (13) and Shubman Gill (28) failed to play anchoring innings. India was reduced to 48/2 but a 161-run partnership between Iyer and Kishan which came in just 155 balls, knocked the wind out of the Proteas’ sails. Iyer hit his second ODI century but Kishan failed to hit his maiden international ton. The decisive third ODI is set to be played in Delhi on Tuesday.