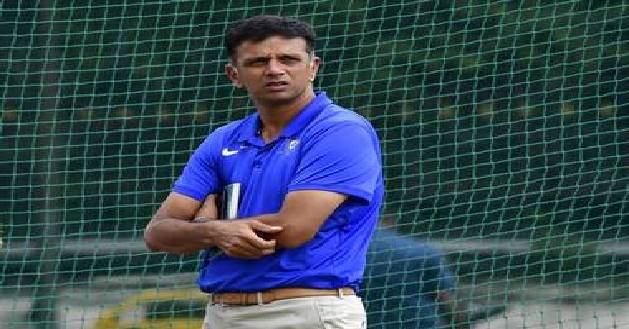 As Team India preps for the WTC final in England, the second-string Indian team is set to tour Sri Lanka in July. Now reports suggest that former Indian cricketer Rahul Dravid might be appointed as the coach of this team.

It is being said that Dravid along with his staff at the NCA will company the Indian team on their Sri Lanka tour. Any official confirmation has not been given but with Virat Kohli-led side in the United Kingdom, it is a viable choice.

The Kohli-led side would be in the UK for the inaugural ICC World Test Championship final after which they will play a five-match Test series against England.

Dravid is no to this job since he has coached and mentored the U-19 and the A-side. Dravid through his mentoring has been providing the senior team with talented cricketers over the years like Rishabh Pant and Prithvi Shaw.

Shikhar Dhawan, Prithvi Shaw, Suryakumar Yadav, Ishan Kishan, Hardik Pandya, Krunal Pandya, Bhuvneshwar Kumar, Navdeep Saini, Khaleel Ahmed, Yuzvendra Chahal, Kuldeep Yadav among others would be the players available for the Sri Lanka tour. To many, this is a great opportunity to show their talent and gain some confidence in the international arena. There are rumours that suggest Dhawan could lead the team in this tour.