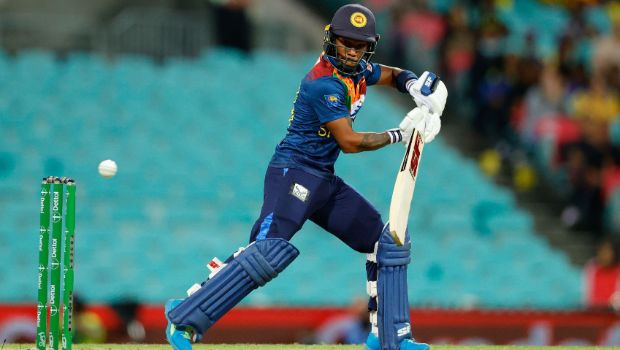 Sri Lanka thrashed the United Arab Emirates by 79-runs in a Group A match to stay in the World Cup tournament. The Lankan fast bowlers produced a clinical performance under the lights to crush UAE and gave their side a massive Net Run Rate (NRR) boost at the Simonds Stadium on Tuesday. After their defeat against Namibia, Sri Lanka bounced back in style and the margin of victory took their NRR (+0.60) past the Netherlands’ (+0.15).

Put into bat first, the opening duo of Pathum Nissanka and Kusal Mendis gave Sri Lanka a good start by scoring 42-runs. off to a great start. Though Aryan Lakra dismissed Mendis (18) in the fifth over, Sri Lanka’s scoring rate did not get slow as they scored over 50 runs in the powerplay.

Dhananjaya de Silva and Nissanka added 50-runs for the second wicket. Silva played aggressively and smashed 33-runs with help of three fours and a six before returning to the dressing room. Sri Lanka cruised towards a big total but leg-spinner Karthik Meiyappan turned the tables completely with his hat-trick.

The 15th over triggered a middle-order collapse, putting the pressure back on the Lankans. Bhanuka Rajapaksa (5) was the first to depart. Charith Asalanka then departed for a golden duck. Facing the hat-trick ball, Dasun Shanaka had no answer to the wonderful googly that rattled his stumps. Meiyappan became the first player to claim a hat-trick for UAE in T20Is. It was also the first hat-trick of the tournament. Nissanka top-scored with 74-runs and helped Sri Lanka post a competitive total of 152-8 in 20 overs.

Chasing a par total, three of UAE’s first four victims were cleaned up as Dushmantha Chameera and Pramod Madushan put on an exhibition of fast bowling and swinging the new ball around. UAE batters struggled to get going and never found their rhythm. Very soon, UAE was reduced to 42/7 in 12 overs with Sri Lanka eyeing a huge win.

Maheesh Theekshana had the first-innings hero Meiyappan stumped and Wanindu Hasaranga picked up his third by bowling out Afzal Khan (19) and pushed UAE to 56/9. Junaid Siddique (18), who smashed the biggest six of the tournament, perished in the 18th over as UAE was eventually bowled out for 73 as Sri Lanka romped home to a remarkable win. Hasaranga starred with his bowling figures of 8/3 while Chameera also scalped three wickets.