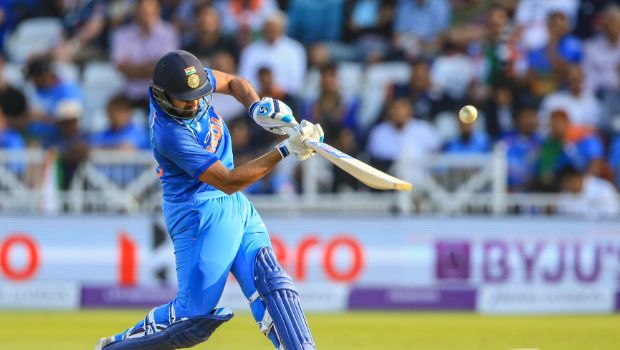 With just one day ahead of the IPL, Rohit Sharma revealed who will be opening the batting for the Mumbai Indians. Five-time champions Mumbai Indians will begin their IPL campaign against Delhi Capitals on March 27 at Brabourne Stadium. Ahead of the 15th edition, Mumbai Indians captain Rohit had hinted that he is ready to bat any position in the top-order based on the demands of the team.

This time, with no Quinton de Kock on the top, the best and most reliable opening pair for the Mumbai Indians is Rohit and Ishan Kishan. Later on, Rohit confirmed that he will indeed open the batting for his team alongside Ishan. The wicket-keeper batsman Ishan became the big-money superstar when MI picked him for a whopping INR 15.25 crore. MI skipper admitted that he had done well in the past so he is looking forward to doing the same.

MI Head coach Mahela Jayawardena also feels that Rohit and Ishan are a good combination to fire and score quick runs inside the power-play overs. Suryakumar Yadav and Kieron Pollard are the only two dependable players in the middle-order. However, MI’s biggest headache at this point is Suryakumar’s injury and his availability for their season opener. Rohit intimated that Suryakumar is recovering well at the NCA.

The 34-year-old cricketer admitted that he could not give any update on Suryakumar’s availability for the first match. Rohit pointed out that their franchise will try to get him back at the earliest once the clearance is given from NCA. Rohit feels proper planning would be the key to moving forward in the league stages.