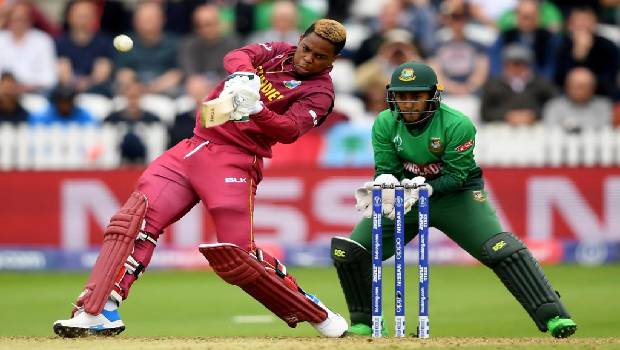 Shimron Hetmyer smashed a career-best 139 ahead of upcoming week’s IPL auction, toying with a usual Indian attack to set up an 8 wicket win for the West Indies in the ODI series opener in Chennai. Chasing 288 runs on a slow surface was predictable to be a risky task but thanks to Hetmyer (139 off 106) and opener Shai Hope (102 not out of 150), the visitors raced to victory in 47.5 overs. The duo shared a decisive 218 runs stand for the 2nd wicket after the fall of Sunil Ambris in the 50 over.

India team had recovered to 287 runs for 8 wickets after being put in to bat with Iyer (70 off 88) scoring his 3rd consecutive for 50 and Pant (71 off 69) returning to form to silence his critics.

Hetmyer was unstoppable route to his 50 OD International century, great as many as 7 sixes including the one that hit the roof. Most of his big hits went sailing over the deep mid-wicket boundary. Hope gave hard support to Hetmyer and deservingly finished his 8th ODI hundred.

Left-arm paceman Cottrell 2/46 from 10 overs including 3 maidens, Paul 2/41 and Alzarri Joseph 2/45 were among the wickets for the visiting team. The home team appeared to be in a spot of bother at 80 for 3 in the 19th over on a sluggish pitch when Iyer and Pant came together.