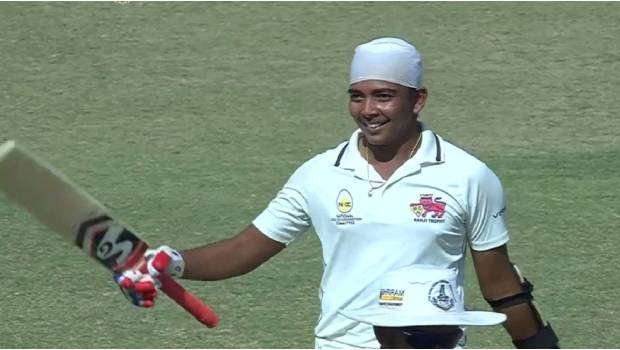 India met New Zealand for the 3rd ODI match on 11th February 2020 at the Bay Oval cricket ground in New Zealand. The home players won the toss against host and decided to field the game, so the Indian openers Prithvi Shaw and Mayank Agarwal begun the first innings for the day.

One of the partners Agarwal returned soon with a run, and Prithvi Shaw’s 40(42) runs earned with the Indian skipper until 9 runs, and then with Shreyas Iyer. Shaw departed for a run-out by Colin de Grandhomme and Tom Latham. Iyer and KL Rahul’s smart batting partnership soared the crowd, and the batsmen did not fail to prove.

The Indian batsmen KL and Iyer caught and batted the balls in the air, which only ended in boundaries. Iyer has 7 fifties and 1 century, KL’s 7 fifties, 3 centuries had accounted and now another half-centuries goes into the books of the batsmen from this match. KL Rahul who had sent many 4’s aimed another 6 which became the last after bagging another century⁺ score in the day’s match at Bay Oval cricket ground.

Iyer boundaries were strategically executed after 62(63) runs Iyer wicket falls by the New Zealand’s bowler de Grahomme. Manish Pandey’s 42 runs and a few more from others, set New Zealand chase’s above 296 by the Indian team in 50 overs. New Zealand opens with Guptill and Nicholls to achieve the runs.