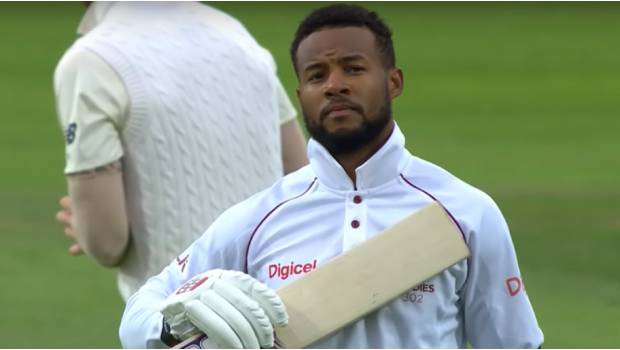 Opening batsman Shai Hope struck an unbeaten century as West Indies outflanked Afghanistan by 5 wickets in the 3rd One Day International on Monday to finish a 3-0 series defeat. Shai Hope made 109 and fabricated critical partnership including an unbeaten 71 runs remain with Roston Chase, 42 not out, to stay West Indies’ chase of 250 with 8 balls. The wicketkeeper-batsman finished his 7th ODI hundred as West Indies, under new limited-overs captain Pollard, recorded their 1st ODI whitewash since 2014.

West Indies captain Kieron Pollard said “We came here with a mission and specific roles for players and all the players deserve credit. Winning is a habit, and anything that we want to do as a team is a process, and it’s something we had to improve in a period of time.” He added “This was an opportunity for us to show we have that kind of venom inside us. We knew we had to rally as a team, and we proved we can bat 50 overs, and once we do that, we can win games.”

Paceman played a key role in the success, returning figures of 3-44 in Afghanistan’s 249 for 7. Afghanistan’s spinner Rahman took 2 wickets to diminish West Indies to 4 for 2 however Shai Hope stood firm to keep the chase on track.

Hope, who featured in the opening win with an unbeaten 77, remained the top-scorer in the series with 229 runs.