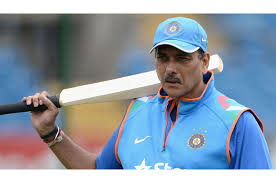 Chetan Chauhan the former Test cricketer on Sunday called for the removal of India head coach Ravi Shastri holding him responsible for the 4-1 debacle that India suffered at the hands of England during their just concluded Test series, saying he should be removed before the Australia tour in November.

Chauhan said, ‘Ravi Shastri should be removed as head coach before the Australia tour. Ravi Shastri is a very good cricket commentator and he should be allowed to do so.”

After the win over England at TrentBridge in the Test on August 16, Ravi Shastri had claimed that the Indian side was the best travelling team in the world.

Asked for his thoughts on the current Asia Cup championship being played in Dubai, he said a better result could be expected as the team was well balanced with experience and young players.

He is one among the latest cricketers demanding the removal of Ravi Shastri along with the former Indian cricket captain Sourav Ganguly and Virender Sahwag.

Ind vs SL 2nd ODI: India pull off a great win to seal the series 2-0 over Sri Lanka
Ravichandran Ashwin eyes a significant milestone in the second Test against Bangladesh
Rituraj and Jadeja guide CSK to victory in a last ball thriller