Dhoni starts training at Chepauk ahead of IPL 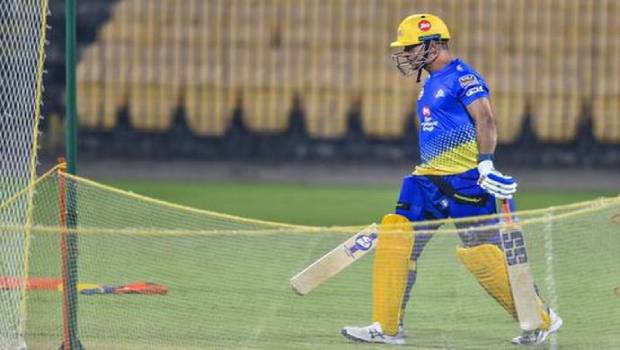 The international cricket matches had paused for now, and the Indian Premier League season 13 organised by BCCI placed their charts up for the VIVO IPL 2020 Cup. A solid three-month schedule for the 8 IPL teams and players, is beginning from 29th March to 17th May 2020.

The practice session for the team CSK was to begin from March 19th in the M.A. Chidambaram Stadium, of Chennai, but MS Dhoni had decided to kick-start the practice session, earlier to get in sync with players on the team. MS Dhoni, who has been back after the various discussions had quite a reception from a few more than a hundred’s gathered in the stadium.

Suresh Raina, Murali Vijay, and Ambati Rayudu had been practicing for the IPL season, and the captain cool is back after the World Cup 2019 on Monday (02.03.2020) in Chennai for the IPL training. MS Dhoni batted new bowlers Piyush Chawla, Karn Sharma, and Sai Kishore recruited by CSK board members. Sam Curran from England and Josh Hazlewood from Australia are also joining CSK.

Stephen Fleming, the head coach of the CSK team, will join from March 18th to the practice camp, which is now under the supervision of the bowling coach and former Indian bowler Balaji, and Rajiv Kumar. The first IPL match of the season 13 will begin with the teams, Mumbai Indians, and Chennai Super Kings at the Wankhede Stadium in Mumbai on 29th February 2020.

Apologies, but no results were found for the requested criteria. Perhaps searching will help find a related post.

More on Dhoni starts training at Chepauk ahead of IPL News