Posted by Dafabet Sports on November 7, 2022 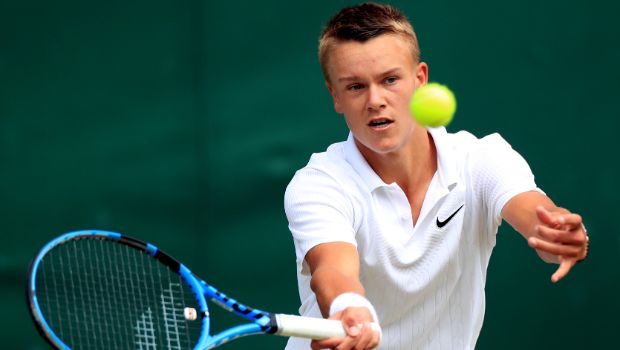 Holger Rune staged a stunning comeback to defeat the six-time champion Novak Djokovic 3-6, 6-3, 7-5 and clinched his maiden Paris Masters title on Sunday. The 21-time Grand Slam winner, Djokovic missed out on a seventh Paris Masters title following a shock defeat to unseeded Danish teenager Holger Rune in the French capital. Djokovic and Paris Masters is a love affair secret to none. Sunday was his eighth final at Bercy and only once he had lost the summit clash in Paris.

The six-time winner and defending champion was aiming for an unprecedented seventh and to cap off an incredible return to tennis with a third consecutive title after missing out on the North American hardcourt swing. But Djokovic was stopped by a fearless 19-year-old Rune. Rune played his fourth consecutive ATP Tour final and has now won 19 of his past 21 matches.

The 35-year-old Serbian star appeared on course for glory after racing to the opening set in just 36 minutes. But the Danish teenager immediately bounced back by breaking Djokovic early on in the second set and took the showpiece event to a decider.

Rune did great work to recover well from an early break in the decider set before breaking the Serbian’s serve in the 11th game. The Danish sensation continued with the momentum and fended off six break points to claim his maiden ATP Masters 1000 crown, battling it for two hours and 32 minutes. Rune played with a never-give-up attitude to earn the biggest title of his young career in a dramatic fashion.

With a stunning win in the Paris Masters final, Rune scripted three amazing records. Rune became the youngest-ever Paris Masters champion since Boris Becker, who had lifted the title at the age of 18 in 1986. The victory has also guaranteed Rune a spot in the top 10 of the ATP rankings, making him the first Danish player to achieve the feat in almost half a century.

Rune beat five opponents who are ranked in the top 10. The Danish player surpassed Hubert Hurkacz, Andrey Rublev, Carlos Alcaraz, and Felix Auger-Aliassime to reach the final at Bercy. He became the only ever player to achieve this feat at an ATP event.

In his on-court interview, Rune admitted that it is a privilege to share the court with Novak. Rune said that he feels lovely and super proud, and this win means everything to him. Djokovic congratulated Rune for a deserving victory and wished him a bright future.