Wimbledon 2019: What can India expect from this marquee event? 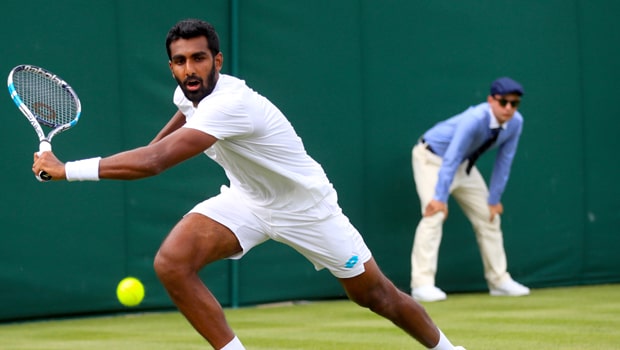 It’s the beginning of July and three things almost always accompany the advent of this new month- monsoons in the Indian subcontinent, the American Independence Day and the beginning of tennis’ oldest Grand Slam – Wimbledon. The grass court tournament began with great aplomb on Monday, the 1st of July and sprang up a few surprises with top players like Naomi Osaka, Alexander Zverev, Venus Williams and Stefanos Tsitsipas suffering first round exits. The few shock results could bode well for the Indian contingent at Wimbledon 2019, who would expect to pull off a few surprises off their own in the quest for glory on the grand stage.

Unfortunately, a few of the nation’s top tennis stars like Ramkumar Ramanathan, Ankita Raina, Saketh Myneni lost out in the pre-qualifiers for Wimbledon. And veteran female sensation Sania Mirza is still on her maternity leave and will participate at the grass courts in 2019. Nevertheless, the nation’s top ranked singles player Prajnesh Gunneswaran competed on Monday, while the likes of Leander Paes, Divij Sharan, Jeevan Nedunchezhiyan, Purav Raja and Rohan Bopanna playing in the men’s doubles category.

Gunneswaran sadly crashed out on opening day to Canadian Milos Raonic, losing 7-6, 6-4, 6-2 in straight sets. The 29-year-old’s exit means that an Indian cannot achieve glory in the singles category, as he was the only entrant there. Nevertheless, the men’s doubles would be the main area of interest for Indian fans, with three teams featuring their players taking to the courts come Wednesday.

In the men’s doubles, Divij Sharan will be pairing up with Brazilian Marcelo Demoliner to face Germans doubles specialists Kevin Kraweitz and Andreas Mies. The German duo are coming off the back of winning the 2019 French Open and would be starting the tie as favourites but their Wimbledon form in the past has been below par, without first round exits in the past. Sharan and Demoliner would be hoping for such a blip in form from the opposition if they are to progress further.

Indian hopes would however be on Leander Paes and Rohan Bopanna who along with their respective partners could be expected to go a long way in the tournament. Paes and his French partner Benoit Paire will play Kazakhstani duo of Mikhail Kukushkin and Alexander Bublik on Wednesday, the 3rd of July. The opposition team have never made it past the third round in the doubles competition while Paes was a previous winner in 1999 and won every other Grand Slam as well. His partner Paire too has been good in that category, getting to the quarterfinals of the 2013 Australian Open. Now that they are paired together for the first time, Paes and Paire could be a formidable partnership at Wimbledon 2019.

Bopanna will be paired with Argentine Pablo Cuevas to take on Wesley Koolhof and Marcus Daniell. Their opponents were quarterfinalists at the 2018 Australian Open and have won four ATP tournaments each. Bopanna has been one of India’s premier tennis players for a decade and a half, but has failed to live up to those lofty standards in the Grand Slam tournaments. He has three quarterfinal exits and also made it to the 2010 US Open Men’s Doubles Final; and has been a Wimbledon semi-finalist twice before. Partnering up with Cuevas this time, the duo would be hopeful to recreate the chemistry they had in the 2017 ATP 1000 Masters tournament in Monte Carlo, and go a long way in the oldest Grand Slam off them all in 2019.