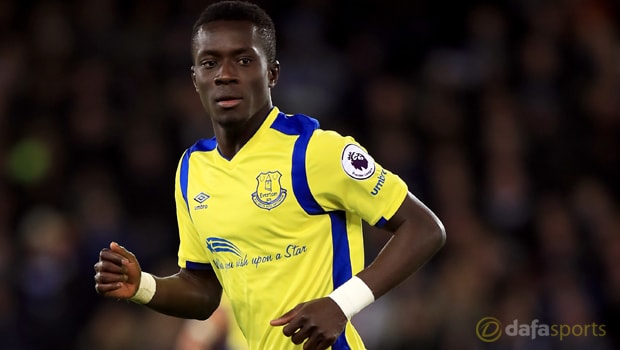 Everton midfielder Idrissa Gana Gueye insists he welcomes added competition in the middle of the park after returning to the club from the Africa Cup of Nations.

The 27-year-old joined the Toffees, who are priced at 41.00 to finish in the top four, over the summer from Aston Villa after they triggered his release clause and was one of their most consistent performers in the first half of the season.

However, the Senegal international may struggle to get back into the team after spending some time away in Gabon at the AFCON.

Everton boss Ronald Koeman has added Morgan Schneiderlin to the squad in a deal which could be worth up to £24million from Manchester United.

Academy product Tom Davies has also taken full advantage of his opportunity to earn some game time and scored in the thrilling victory over Manchester City at Goodison Park.

Gueye recently returned to Merseyside but was an unused substitute as Everton comfortably saw off Bournemouth 6-3 at the weekend.

The midfielder could be recalled for the weekend’s clash with Middlesbrough and insists he is delighted to see competition for places.

Gueye said: “There’s really good quality, tough competition, but good competition which is good for the team. It’s (Schneiderlin’s arrival) a really good signing for us and training has gone well so far.

“I don’t know if the gaffer will put me on the pitch and play with him or with another player. It’s not a problem, we are a team and everybody deserves to play. “I’m not surprised about Tom.

He’s shown it on the pitch when we train and he has a lot of talent. The form is good for the team. I watched us on TV when I was away and we played well, won games and that’s good for us. “Now I’m ready to play again and I’m looking forward to it.”