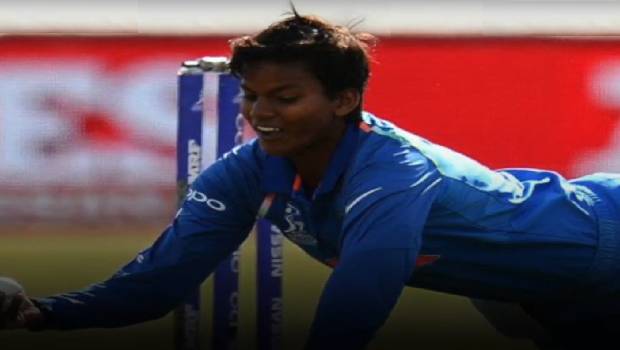 India women versus West Indies women, third ODI India secured the series decider in Antigua on Wednesday after Smriti Mandhana and Jemimah Rodrigues sewed a match-winning stand of 141 in chase of 195. Smriti Mandhana top-scored with 74 on her arrival to ODI side.

Indian women’s cricket crew combined its third spot on ICC Women’s Championships 2017-20 with a 2-1 series win over West Indies on Wednesday. In the series decider at the Sir Vivian Richards Stadium in Antigua, India gunned down 195-run target effortlessly against West Indies to seal the 3-match series.

Everyone’s eyes were on Smriti Mandhana, who was out of action with toe damage, shone on rebound as she top-scored with a 63-ball 74. The damage had kept Mandhana out of activity during the home series against South Africa and the first 2 ODIs in West Indies yet the exquisite left-hander looked in complete control on Wednesday.

Smriti Mandhana hit 9 boundaries and 3 sixes in her match-winning thump and helped put the pressure on West Indies bowlers in what ended up being a generally simple run chase. Jemimah Rodrigues hit 69 from 92 balls as India women scored a 141-run opening stand. India lost Rodrigues and Mandhana one after another however Punam Raut and captain Mithali Raj contributed with helpful handy knocks thumps to direct the group towards the victory.

Earlier in the day, India bowlers came up with a joined effort to restrict West Indies for 194. Jhulan Goswami and Poonam Yadav grabbed 2 wickets each while the likes of Shika Pandey, Rajeshwari Gayakwad and Deepti Sharma trapped 1 each other’s. West Indies captain Stafaine Taylor scored 79 from 112 balls yet it was insufficient to help West Indies post a battling total as she hardly discovered help from her teammates. After long days of return Hayley Matthews, who came back to the team after serving out a ban, picked up 3 wickets.

After losing the first ODI on 1st November by 1 run, India women, under Mithali Raj, battled back and finished a striking series win. The two teams won’t play 5 T20Is in St Lucia and Guyana between November 9 and November 20. Cricket West Indies on Thursday reported their 14-memebers squad for the T20I series. Stafanie Taylor-lead theteam will compete in a 5 match T20I series against India.