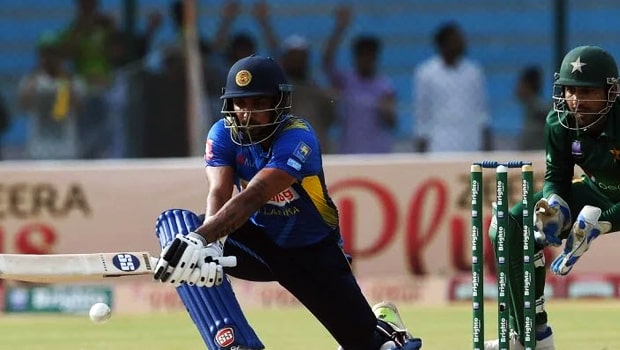 Sri Lanka has just beaten a more experienced Pakistan by more 13 runs, making it their third whitewash in the T20I series. The last time the Pakistan side suffered a whitewash was in 2015 where they were beaten in the UAE by England.

World number seven, Pakistan, entered into the match with an advantage as they aimed for a 148-run target, thanks to a 50 ball 52 by Haris Sohail. However, a decisive move by Wanindu Hasaranga, blocked their further chances, making Pakistan settle for 134-6 in 20 overs.

During gameplay, Hasaranga had Sohail out at the 16th over and also was responsible for dismissing Skipper Sarfaraz Ahmed at the 18th. Oshada Fernando set a new record for his country as the first player to score high on their first T20I when he made a 48-ball 78 with three sixes and eight boundaries. Jehan Mubarak and Danushka Gunathilaka had previously held that record with 46. All the efforts by the players, especially Fernando, helped bring Sri Lanka to 147-7 in 20 overs, sealing their victory over their hosts.

Sri Lanka’s victory is further heightened by the fact that they went into the match without ten of their top players, including their skipper Lasith Malinga. However, this did not deter them as they went on to secure their game, which was after winning the first two games of the T20 series by 64 and 35 respectively.

No doubt, Pakistan’s loss started quite early in the match, and they never recovered from it, despite the efforts of Babar Azam and Iftikhar Ahmed. On the Sri Lankan side, Fernando made a costly mistake after losing two wickets for 28 runs. However, he turned things around with a 76-run at the fifth wicket.

Pakistan has continued to host several teams in a bid to revive the love for international events after they were suspended due to terrorist attacks. This is the second time they would host Sri Lanka, the last time being in 2017.