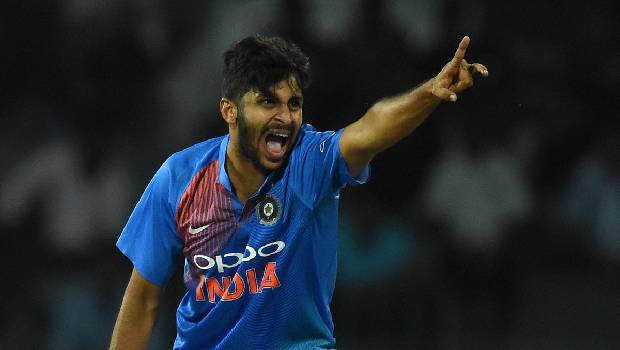 Shardul Thakur, the Indian batsman along with a few players, Mumbai Ranji team’s wicket-keeper, and batsman had begun the practice on 23rd May 2020. Thakur was found practicing inside, the nets at the Palghar Dahanu Taluka Sports Association. Since the fourth phase of lockdown ends on May 31st, 2020, the Maharashtra government had opened the stadiums for the athletes to practice without spectators.

Hardik Tamore from the Mumbai, Ranji team and, Shardul Thakur while speaking with, the PTI said that it felt good to practice on Saturday 25th May 2020 at the PDTSA, Boisar playground. The official members from the PDTSA said that the safety measures like the bowlers using disinfected balls to bowl, and the temperature of the players training, were ensured. Ajinkya Naik from the Mumbai Cricket Council said that they had begun once the Palghar District collector’s orders had issued to train.

Naik further said that the cricketers are practicing with ease, in the fantastic facilities provided, and the norms of social-distancing, are also followed by the players. With the Indian Premier League season 13 cricket to resume after the monsoon period, the Board of Control for Cricket India is to set, a camp, for player’s training. Rohit Sharma, and, Virat Kohli, is waiting for the official information to begin, the training, meanwhile, England cricketers, like, Chris Woakes, and Ben Stokes, were the first international cricketers to train in their local country grounds for the BCCI’s match.