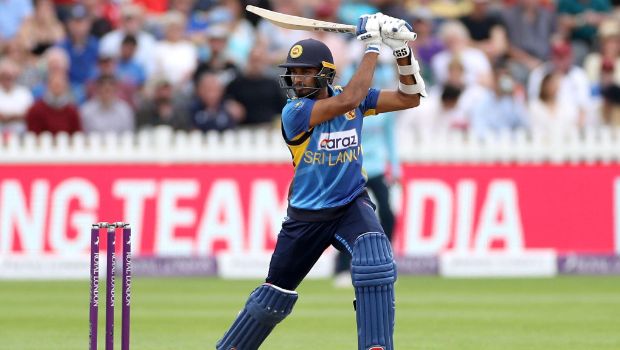 The biggest cricket event of the year, the ICC men’s T20I World Cup 2022 kicked off on October 16 in Australia. Underdogs Namibia took on former champions Sri Lanka in the marquee event opener at Kardinia Park in Geelong on Sunday. Namibia caused a major upset in the opening match of the T20 World Cup when they hammered the newly-crowned Asia Cup champions, Sri Lanka by 55 runs. Defending 163 runs, Namibia bundled out the Lankan lions for 108 in 19 overs. Sri Lanka captain Dasun Shanaka top-scored with a knock of 29.

Two days short of a year ago, Sri Lanka bowled Namibia out for 96 in their 2021 T20 World Cup opener and won by seven wickets. Not even 365 days have passed, but now Namibia has turned the tables to start the tournament with a memorable victory. Namibia sprung a surprise at last year’s World Cup by making the Super 12 stage on their tournament debut.

All-rounder Jan Frylinck turned out to be the game-changer for Namibia. The left-arm medium-pacer took two crucial wickets with his brilliant bowling skills. Earlier, when Namibia was teetering at 93/6 with the spearhead batter David Wiese too back in the dugout, Frylinck played a blistering inning and helped his team to post a competitive 163/7 in 20 overs. The 28-year-old batter played a superb knock of 44 in 28-balls.

The left-handed batter alongside JJ Smit added 70-runs to the seventh wicket. Though Frylinck hit just four boundaries, the rest of the runs were hoarded through nudges, taps, and steers. Smit chipped in with a brilliant cameo of an unbeaten 31.

After opting to bowl first, Sri Lanka got off to an excellent start in the powerplay as they scalped three wickets in five overs, pushing the Namibian batting line-up on the back foot. Nicol Loftie-Eaton scored a quick 20-runs before going down to Chamika Karunaratne. Sri Lanka wicketkeeper Kusal Mendis dived to his left and took a one-handed stunner to send the batter back to the pavilion. Stephan Baard (26) and captain Gerhard Erasmus (20) steadied Namibia’s innings by adding 41-runs for the fourth wicket.

In reply, Sri Lankan batters never found their rhythm going and lost their wickets cheaply. Namibian bowlers bowled aggressively to trouble their opponents. Though the Namibian bowlers lacked pace, they bowled with cleverness and variations to take regular wickets. Cricketing fans expect Namibia to produce some more upsets as the tournament progresses.