Tokyo Olympics: My Complete Focus Is On Tokyo, Not Looking At Paris 2024, Says Sharath Kamal 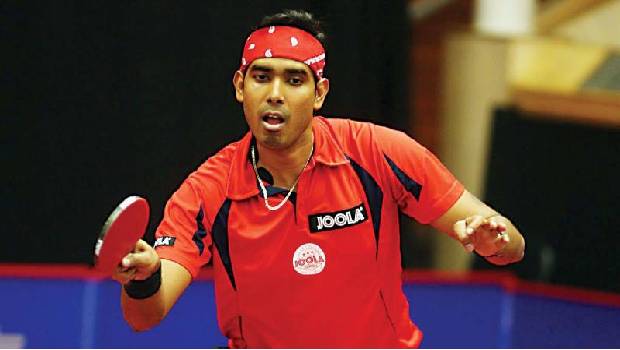 India’s table tennis player Sharath Kamal said that he is not looking at 2024 Paris games whereas he is completely focusing on the upcoming Tokyo games. Sharath Kamal feels the Tokyo games may be his last, and he wants to give the best at the quadrennial event. Sharath is the first Indian table tennis player ever to become nine times Senior National Champion breaking the record of Kamlesh Mehta (8 times). Sharath received the Padma Shri award in 2019.

Tokyo Olympic will begin on July 23 and the games will run up to 8th August 2021. The Olympic event was scheduled to be held last year, but it was delayed because of the COVID-19 pandemic. Sharath Kamal said he truly doesn’t have a clue about his fitness or training, and it’s only about the inspiration to go into the following Olympic game, and he is not looking at the 2024 games.

Sharath Kamal told that his complete focus is on Tokyo games alone, and he will play this as his last. Sharath added he will try his best and give it everything to win the Tokyo games. Last week, Olympic minister Tamayo Marukawa confirmed that the Tokyo Olympic Games will be held without spectators. Sharath Kamal said, he has been training regularly for the Olympic Games, but he never thought of playing the games without any fans to watch or cheer up.

Sharath said lockdown was an issue and had a lot of restrictions in regard to training. Later bio bubble was formed in the training camp, which was good. In the training camp, all the matches were played as it was a quarter-final or semi-final and the camp went on in a good way, Sharath added. Since the Olympic committee has changed the decision, players have to practice without fans in a quiet hall.

Sharath said he is pretty much confident of handling the COVID-19 restriction situation in Japan as soon as he reaches Tokyo. He has been through a lot of stress but at this point he is completely focused on the Olympics only. Sharath added he knows to handle things in tough conditions and will get the better out of it. Sharath told there are more chances of winning a medal in mixed doubles since the game start off with the round of 16 and has only three-rounds away from the medal. Sharath concluded that winning a medal in single’s event is a bit difficult as there are almost six to seven rounds to play.