MLB sees a steep drop in payrolls of nearly $2.5 billion this season 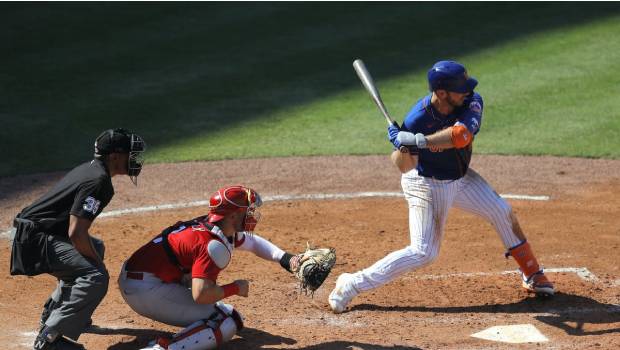 MLB’s payrolls dropped as much as $1.75 billion from $4.22 billion this season. While the World Series champion LA Dodgers led with $98.6 million which is the smallest earning for the top spender in 20 years.

Yankees at No. 2 for the second straight season spent $83.6 million. The New York Mets spent $83.4 million and were third. The ownership of Mets will change after the club was purchased last month by hedge fund manager Steven Cohen. Houston at fourth spent $81.4 million followed by the Cubs at $80.6 million, San Diego ($76.3 million), Washington ($76.2 million), Texas ($75.2 million) and the LA Angels ($69.9 million).

Surprisingly after not reaching the World Series for two years, Boston dropped from first to 13th at $63.3 million. This was due to trading Mookie Betts and David Price to the Dodgers.

After an agreement between MLB and the players’ association base salaries were reduced due to the pandemic-shortened schedule. The global outbreak saw a delay in the start of the season and later each team’s schedule was cut from 162 games to 60.

If a regular season was played and full salaries had been paid payrolls could have seen an increase of 4% from 2019.

Based on full payrolls by average annual value and including benefits and a COVID credit of at least $1.5 million per club three teams (Yankees, Houston and the Cubs) projected to finish over the tax threshold. In normal circumstances, Yankees and Chicago and Houston would have paid 30%, 42% and 20% respectively of their projected amount.