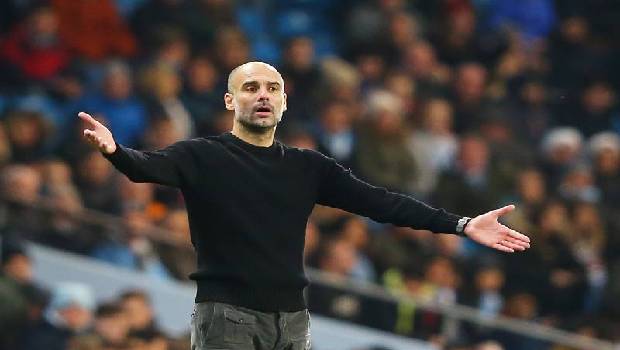 7th January 2020 Man City Vs Man Utd played semi-finals match. The City scored 3 against 1 from Man Utd, the last score for Manchester City was given by the Utd player Andreas Pereira himself. The paired teams are to meet again on Jan 29th for the Carabao Cup.

Pep Guardiola was tensed about the Man Utd game as they had returned from the defeat of PSG’s in the Champions League as 0-2. But the Old Trafford gave him a different story with a perfect first half-game, where Man City scored 3-1 against Man Utd and this confirms the City’s threw through the semi-finals for the cup.
The Man City and Man Utd fired the balls from foot to foot, but the first goal which passed above the Utd goalkeeper David de Gea’s head and floated to the inside corner of the net. Bernardo Silva very sweetly pockets the 1st volley of the game in the 17 minutes start, after the Man Utd try made the crowd roar.

As the game continued the Man City’s could-be goal was blocked by Angel Gomez which was not far from the net and goalkeeper. The next net wasn’t let off by the Man City game. Bernardo drove the ball to the middle and swiftly kicked it to Riyad Mahrez. He then rolled it from the rescue of the Man Utd player and was taking the ball to the net. The Man Utd who came forward to block the ball led Man City Mahrez to slide it to the side and their 2nd net was earned for the team.
The last goal for the Manchester City made by the Jersey 17 was blocked by the Man Utd goalkeeper, unfortunately, Jersey 15 of Man Utd foot intervened and the 3rd goal was won the Man City game. The 2nd half of the game was pressure for the Man United, the captain Marcus Rashford butted in 20 minutes before the finish to a goal. The City’s goalkeeper Claudio Bravo blocked another goal from Jersey 53 which was passed by Anthony Martial.

Ole Solskjaer said that the day’s show was great but it is not over, meaning the Jan 26th match. It was seen like Man Utd supported opponent but the Man City’s just tasted defeat (December 2019) by the Utd is still remembered.