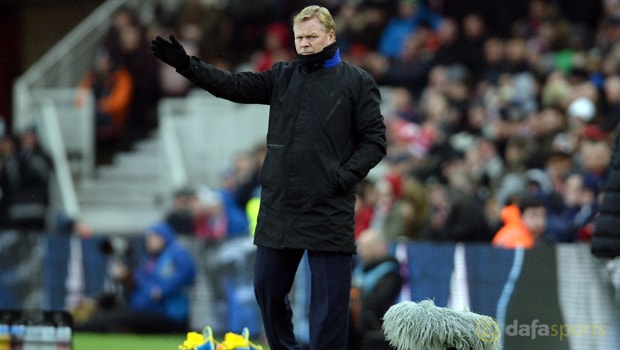 Everton manager Ronald Koeman was happy to pick up another clean sheet after admitting the 0-0 draw against Middlesbrough was a fair result.

The Toffees, 67.00 to finish in the top four, were perhaps not at their best and failed to secure all three points against the Premier League strugglers on Saturday at the Riverside Stadium.

Striker Romelu Lukaku had been hoping to build on his four goals against Bournemouth last week but was unable to add to his tally and match Duncan Ferguson’s record of 60 Premier League goals.

Winger Ademola Lookman also missed another great chance, although Koeman has admitted that his side did not deserve anything more than a share of the spoils.

He told reporters: “It’s a fair result for both teams because the conditions were really tough to play in and it’s difficult to create a lot of chances against Middlesbrough.

“They showed really good defensive organisation but we still had two or three really big chances to score. I think we were better in the first half and they were the most dangerous team in the second.

“It’s OK, it’s a clean sheet and a point – not bad. It’s our fourth clean sheet out of six games and th’s really positive because it all starts with clean sheets.”

Saturday’s draw extended Everton’s Premier League unbeaten streak to eight matches and they will be confident of maintaining that run ahead of next weekend’s clash with relegation candidates Sunderland, managed by former boss David Moyes.