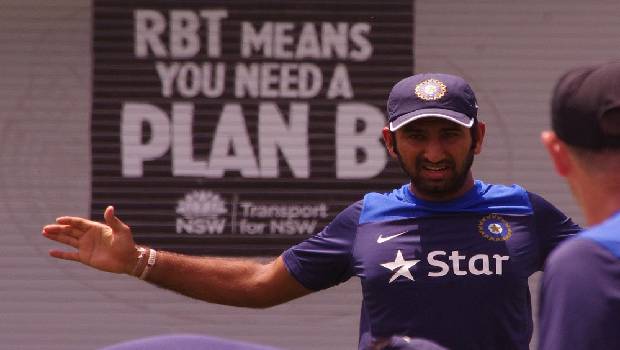 In the match that was played at Indore, Bangladesh won the toss and opted to bat first. The Indian bowlers seemed good on the field. Especially Mohammed Shami the star of the day. He got 3 wickets for 27 runs. Bangladesh batsman struggled to make a decent score on field but, it was spoiled by Indian bowlers. There was an optimistic partnership between captain Mominul haque and rahim but it was destroyed by Ashwin, even though the Indians dropped 4 catches, Bangladesh was packed off for 150. By lunch break Bangladesh were 63 for 3. For just 51 runs Bangladesh lost their 7 wickets. with bowling figures of Ravichandran Ashwin (2/43), Ishant Sharma (2/20) and Umesh Yadav (2/47).

After Indian started their line up, Rohit Sharma was out for 6 picked up by Abu Sayed, Mayank Agarwal and Cheteshwar Pujara lead the roll for batting order. The cycle of dropping the catches was also the same for Bangladesh. Agarwal and Pujara together took India to a safer ground, both the players defend the ball perfectly. The batting was awesome between them.

Cheteshwar Pujara (43) and Mayank Agarwal (37) were unstoppable. Abu Jayesh was the only wicket taker of Rohit Sharma by the end of the session. At the end of day one India were 86 for 1.

Though Indore had provided a good surface Bangladesh failed to capitalize on the same without exerting any pressure on one of the best teams in the world in their own backyard.

If they want to make a fight for it the second day would be very important for Bangladesh, with India playing with 5 batsmen who are specialists.